Morelos is Mexico’s second smallest state but one of its most appealing tourist destinations. Located on the border of the Federal District in south-central Mexico, it is only a 90-minute drive from the Mexico City airport and two and a half hours from Acapulco. Its near-perfect year-round climate has attracted visitors since the days of the Aztec emperors. The climate is so agreeable that many Hollywood films have been set here, including Butch Cassidy and the Sundance Kid, Under the Volcano, and Two Mules for Sister Sara.

Agriculture and tourism have been mainstays of the economy. In the 19th century it was one of the largest sugar-producers in the world, and its high-quality rice is deservedly famous. Flower production is considerable, including substantial exports of roses. The Poinsettia, cultivated by the Aztecs as Cuitlaxochitl, is native to Morelos.

The state is one of the most biodiverse areas in the world for which investors chose it to create the largest and most magnificent flower garden in the world. The multi-million-dollar Jardines de Mexico constitutes almost 250 acres with millions of plantings and a sculpture park, just a thirty-minute drive from the capital city, Cuernavaca. http://www.jardinesdemexico.com. 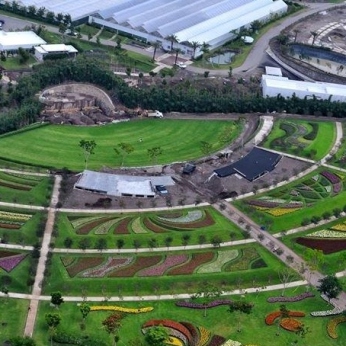 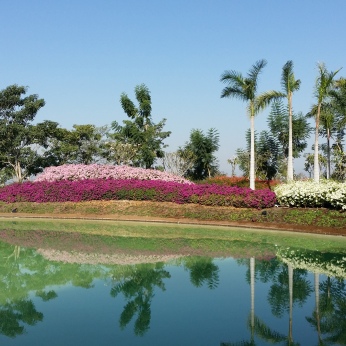 This is a partial view of the lake and the special-events garden as seen from Bamboo, special events pavilion. Multi-colored bougainvillea and date palms predominate. Jardines de México.

The Italian Garden at JDM 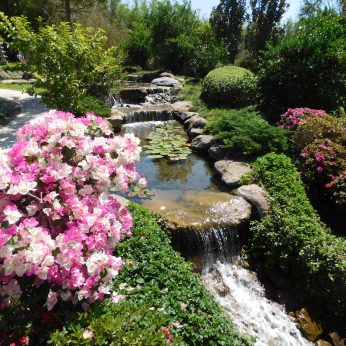 The state’s pre-Columbian heritage can be admired at spectacular archaeological sites like Xochicalco, Malinalco, and Chalcatzingo. 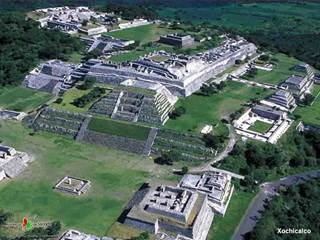 Since its conquest from the Tlahuica Indians by Hernán Cortés in 1521, Morelos has played a major role in Mexican history especially in the war of Independence from Spain, the War of the Reform, and the Mexican Revolution, famous for the leadership of Emiliano Zapata. One can follow his heroic footsteps on “La Ruta de Zapata.” http://www.morelostravel.com/ruta_zapata/. During the colonial period beautiful religious convents were constructed that are now world-heritage sites that can be visited easily by following “La Ruta de los Conventos.” http://morelostravel.com/ruta_conventos/.

WARNING: When there is a turn-over in the state government, many of the tourism web sites no longer open, but you can find more information by searching for the place online. Tip. Google searches are more specific if you put the topic in quote marks.

The state is home to more than 35 aquatic parks and bathing resorts (balnearios) described online at http://infomorelos.com/turismo/balnearios.html. Lake Tequesquitengo offers quality-vacationing and sporting activities including water skiing, wakeboarding, and one of the first cable-skiing parks in Mexico.

Water plunges from the ancient aqueduct at Hacienda Cocoyoc.
Photo courtesy of the hotel.

Many cities and pueblos in Morelos have become home to US and Canadian retirees who enjoy the felicitous climate and lower living costs as well as the superb medical and dental facilities available at low cost. Morelos boasts an excellent State University and over 30 other institutions of higher education.

The capital city, Cuernavaca,  “the city of eternal spring,” is famous for its schools specializing in teaching Spanish to foreigners, second only to Salamanca, Spain. Its historic attractions include the 16th century Cathedral, the Borda Gardens, the Robert Brady Museum, and the Cortés Palace museum, home to some of Diego Rivera’s finest murals.

Perhaps the state’s greatest attraction is the warmth of its people who will welcome you with open arms a tu casa en Morelos, México.

For more information on day trips in the State of Morelos, see James J. Horn, Cuernavaca, A Guide for Students & Tourists, available as an e-book at Amazon.com.

5 thoughts on “TOURIST ATTRACTIONS IN THE STATE OF MORELOS, MEXICO”